A DOWNLOADED BIGGER VISION FOR BWB FROM THE LORD
We have been praying about what to do in the Colorado winters since we left Iowa a year and a half ago and closed the Free Prayer Center there. Even though it’s frigid outside and the ground has now turned white, our hearts are yearning to be back on the roadside. Everything we have tried to rent or obtain building-wise hasn’t worked out so we’ve been praying “Lord, show us something better.” And He did!
A few weeks ago, we began to have visions of us on the roadside towing a cargo trailer. We envisioned the banner set up in the snow and us sitting in our camp chairs inside a 4’x6′ enclosed cargo trailer with a propane heater. When someone drove up in the freezing cold, we would go out and stand at their car window and talk and pray. The idea seemed acceptable to us, better than not going out at all!
BUT GOD…
Our neighbor Robert, a craftsman extraordinaire, was over Thursday afternoon working with Karen updating his Facebook business page when Emil mentioned this vision. He got so excited and not only caught the vision but ran with it! He jumped out of his chair and shouted, “No, no, no! I know what you need! Hurry-bring me paper and pen!” As Karen ran to get a pad of paper, he chuckled and said to Emil, “You guys are totally off-kilter!!!” Emil laughingly replied, “I don’t know whether to take that as a compliment or not!” Robert said, “No, it is! You guys do things in a way I’ve never seen anyone do before! To make yourselves available to hurting people out in the middle of nowhere, pulling a porta potty, sitting on a roadside–that’s totally off-kilter to go to those lengths to help people!”

He grabbed the paper and pen Karen brought and started excitedly sketching a design for the interior of the trailer, “Right here where the side door is, we’re going to build a wall for a camping toilet that’s easy to keep clean!” He continued to sketch the interior of a trailer for year-round set-up with enclosed bathroom with sliding door, propane wall heater, wall-mounted stove for making coffee, built-in cabinets for Bibles, a table and chairs (“real chairs from IKEA!”), and a huge picture of Jesus on the wall! After finishing the sketch, he said, “The minute you get the trailer, we’re putting it in my garage” (which by the way is 30’x60′, heated and custom-lit, with more air and power tools than you could find in Home Depot!) “and we’re gonna build this thing out!” Later after he and Karen were finished, the last thing he said as he walked out the door was, “You know I’m serious about this. Let me know when you get the trailer! I love this! I want to do this!”

An hour and a half later, he was still thinking about it! How do we know? Because he texted us, “How about something like this for your trailer so you won’t be hungry sitting out?!” and he enclosed this picture which brought great joy to Karen’s heart! Lol!

We caught his excitement and realized this is definitely a GOD idea! He dropped Robert and his skills right in our lap! Instead of a make-shift winter enclosure, GOD’s plan is an all-season mobile roadside Free Prayer Center giving us the ability to provide ministry when wind, snow, rain, or even heat do not cooperate. We could also take it to events and to churches that ask us to come help them get out of the 4 walls by doing Free Prayer outreach with them. (We already have one such invitation for the spring!) 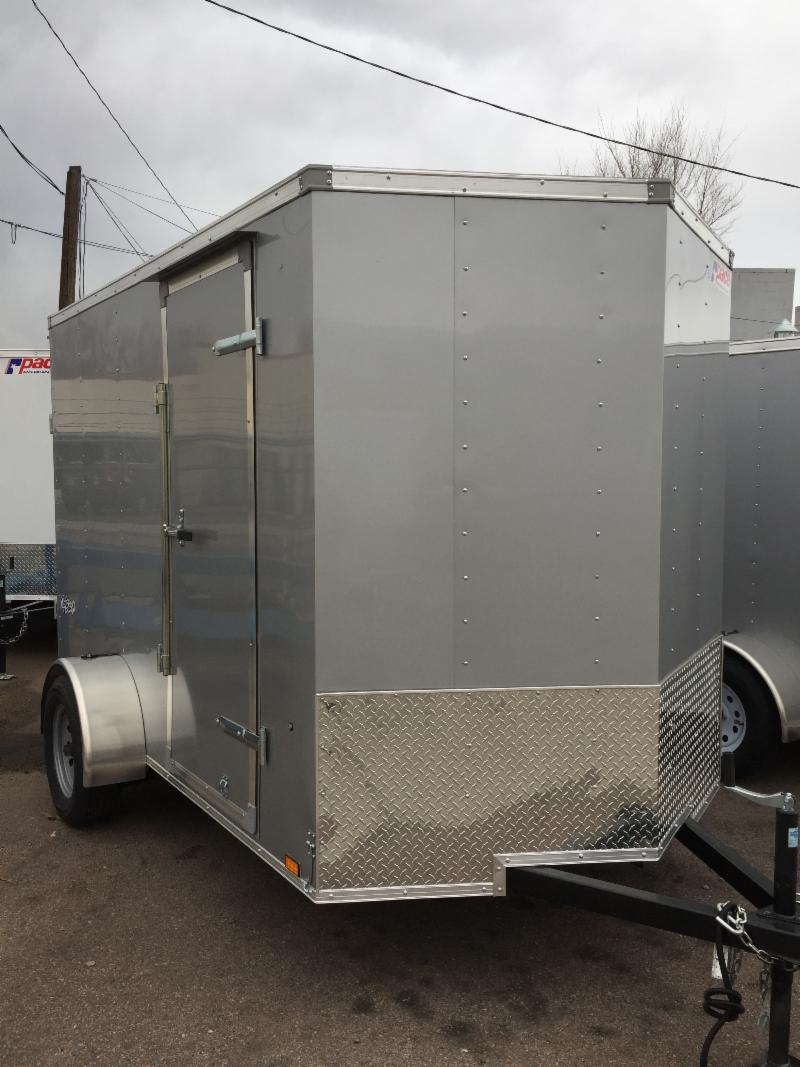 The next day we went to the dealer in Colorado Springs that Robert had suggested and as soon as we drove onto the lot, Emil said, “THAT is our trailer!” pointing to a 6’x10′ silver Pace enclosed cargo trailer which matched our Jeep, “THAT is exactly what I pictured yesterday!”

We stepped into the office, noticed the scriptures printed on the whiteboard and knew we were in the right place. Emil told the salesman what we were looking for and our plans to use it for a mobile Free Prayer Center. The salesman got excited and dropped the price by $1,000 immediately! $5,000 will cover the purchase, registration, purchase and installation of a hitch for the Jeep with electric lift motor on the tongue, plus a side vent with fan. (Now we understand why the Lord said last October, “You WILL trade in your Prius for a Jeep!”)

Saturday, Robert and his wife invited us to lunch and we spent three fun and exciting hours with them looking over the plans and checking out the costs of putting this together and getting back on the roadside! $8,000 would cover the $5,000 above plus the graphics for the sides and back of the trailer, plus materials for the interior which now included black-and-white easy-to-clean tile floor and Robert installing a power source under the hood of the Jeep to provide electrical power to the trailer. And he is insisting on donating his time to build it out! Thank You, Lord!
$8,000 for a permanent all-season heated Free Prayer Center versus the $800+ we spent renting the porta potty for a summer! The Lord has an upgrade in mind! Imagine how much more neighborhood attention a 6×10 FREE PRAYER trailer parked in our driveway will draw than the porta potty did!
Who would have thought that our neighbors would be partnering with us on a major ministry project? They were both so excited about it Saturday and encouraged us to do what we have been hearing the Lord declare over and over, “Dream BIG, BIGGER!” They helped us to realize that we could have a very nice permanent Free Prayer Center parked on any roadside or at any church or event which would be inviting for those who need prayer to come inside while being pleasant for us to spend hours in.
This bigger dream can only become a reality with your help! Maybe your church or home group would like to partner with us on this project, too. Remember, we provide year-end tax statements and your donation will be on this year’s tax statement if the envelope is postmarked no later than December 31st. The Lord has been giving us visions of our silver Jeep/Trailer combination unit, the all-weather Mobile Free Prayer Center, parked in church parking lots across the county with our logo and huge letters across the sides saying, Free Prayer Roadside Ministries, not only a place to pray for people but as a training center for congregations who want to learn how to reach their communities with Free Prayer!
An added benefit: Should God move us in the future,
we never lose our Free Prayer Center!
Check our website for progress updates on this project!

Or make check payable to Bikers with Boundaries Ministries (or BWB) and mail to: BWB Ministries, 44 Southpark Rd, Florissant, CO 80816.